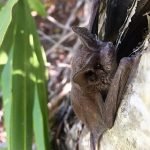 Peace River Wildlife Center has received numerous calls recently concerning rabies. After a brief lull in occurrence in Florida, this lethal virus seems to be rearing its ugly head again. According to Florida Department of Health rabies surveillance data, there were 60 reported cases of animals testing positive for rabies in 2017 around the state (through the month of September.)

This appears to be an alarming increase from the low numbers of three and seven in 2016 and 2015, respectively. That is, until you look back even further. In the preceding 10 years the average number of rabies cases was 126 per year, with 2005 topping out at 201.

Rabies is a viral disease that any warm-blooded mammal can contract. (Birds, fish, and reptiles do not get rabies and cannot carry it.) It can be prevented, but not cured. Attention must be sought immediately after a potential exposure to initiate treatment for the best chance of success. The virus attacks the central nervous system, and ultimately the brain. It is essentially 100% fatal once symptoms have started.

The disease is usually spread from the bite of an infected animal. In Florida, most cases are in raccoons, followed by bats and then other wild mammals. Each year, domestic cats are still represented in a few reported cases. It is very important to protect your companion animals (cats, dogs, and ferrets) by keeping their vaccinations current, neutering them to decrease the likelihood of wandering, keeping them on leash or in a fenced yard, and feeding them indoors. If you must feed outside, do so during the day only, bringing the food in after dark. Keeping your trash covered and contained also helps reduce the attraction of wild animals to your location.

If you find a wild animal known to be a rabies vector species (raccoon, bat, fox, otter, coyote, skunk, bobcat, etc.) that you think may be injured, do not touch it with bare hands. Even if you think it was just hit by a car, there may be a reason it wandered into traffic in the first place. Call a wildlife professional from PRWC or Charlotte County Animal Control to assist with the capture. At the very least, use thick leather gloves, a thick towel, or a shovel or board to gently nudge the animal into a box or kennel if it is not active and alert.

You do not have to be bitten to be exposed to rabies. The animal’s saliva can get into a recent scratch or any area of broken skin. If you think you may have been exposed, report it immediately to PRWC, CCAC, and the county health department.

We should always use an abundance of caution when dealing with wild animals, but being overly paranoid can be almost as dangerous. Treat every animal that appears to be ill or injured carefully, but not all of them will be rabid. Less than 1% of all bats may actually have rabies. While raccoons are normally more active at night, seeing one during daytime hours does not mean it is rabid, or even sick at all. It may be a nursing mother looking for food, or it may be searching for water during a dry spell.

All of the native species of wildlife have a job here in Florida. Bats eat thousands of mosquitoes and other flying insects that can make our lives uncomfortable. Raccoons are opportunistic omnivores that eat rodents and even carrion. We don’t need to rid ourselves of the wildlife that surrounds us—we just need to learn to live with them. A few simple precautions can help keep us, our pets, and wildlife safe from each other.