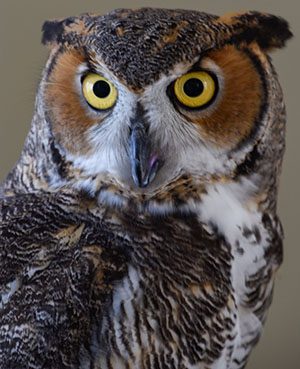 Ambassador Bella is a Great Horned Owl that was presented to PRWC after having been unintentionally imprinted by the people who rescued her as a fledgling. They tried to release her but after weeks in the wild, she kept flying down to people to be fed, and was eventually brought to PRWC. This type of sad situation is the primary reason why it is so important for wildlife to be handled and raised only by qualified rehabbers with state and federal permits and licenses. Bella was unable to care for herself in the wild. She did not know how to hunt or how to avoid predators. Many of these lessons can be taught to young birds and mammals as they are growing up or the natural instincts can be honed, but if handled improperly, the instincts are diminished and the bird or animal is not releasable. 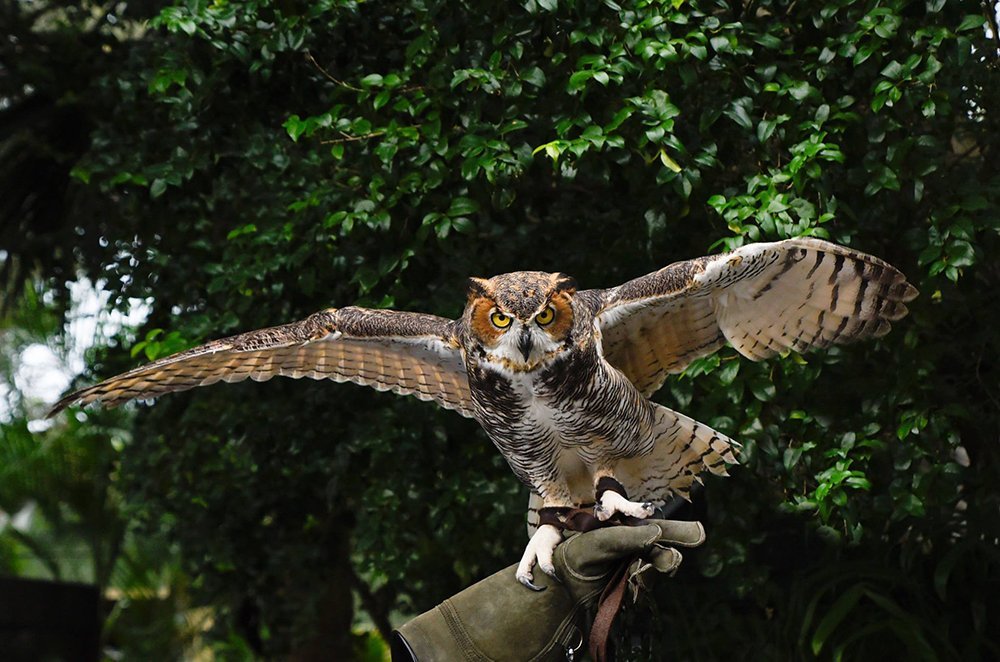 The Great Horned Owl is the only animal that regularly eats skunks. The Great Horned Owl will take large prey, even other raptorial birds. It regularly kills and eats other owls, and is an important predator on nestling Ospreys. The reintroduction of Peregrine Falcons has been hampered in some areas by owls killing both adult and nestling Falcons. The Great Horned Owl is a regular victim of harassment from flocks of American Crows. Crows congregate from long distances to mob owls, and may continue yelling at them for hours. The enmity of the crows is well earned, however, as the owl is probably the most important predator on adult crows and nestlings. Even though the female Great Horned Owl is larger than her mate, the male has a deeper voice. Pairs often call together, with audible differences in pitch.